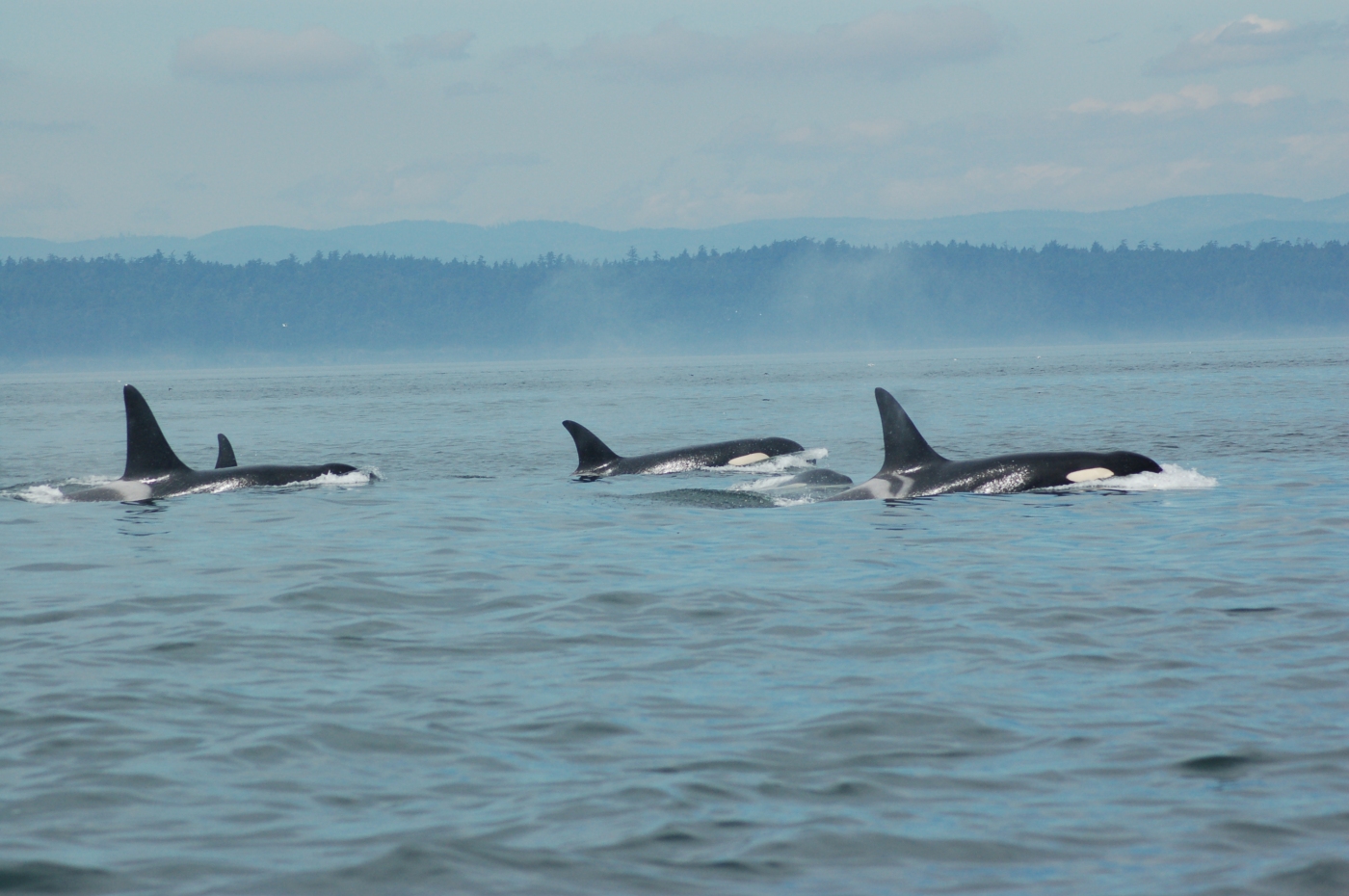 Among the lighthouses and kelp forests in the Salish Sea in North America lives a family of killer whales. The leader of the family group is their matriarch, a mother and grandmother, who has a lifetime of knowledge about every coastline and waterway in the area. Travelling with her are her offspring and grandoffspring. It has been decades since she stopped giving birth to offspring of her own because like humans this population of killer whales have evolved to stop reproducing in their late 30s.

With the grandmother in front, the killer whale family moves towards inshore waters to catch salmon, which makes up almost their entire diet. The group is part of the fish-eating killer whale population, also called residents. They share their habitat with other populations of killer whales, one of them the mammal-eating population or Bigg’s (named after Dr. Michael Bigg). Although these populations inhabit the same waters and look almost indistinguishable to the untrained eye, they are distinct populations that have unique behaviours and prey specialisations, and in over 40 years of ongoing data collection there has been no records of the two populations socialising.

The orcas of the Salish Sea have enthralled researchers and scientists for decades. Every year since the mid-70s, the Center for Whale Research and, Fisheries and Oceans Canada have collected data about the life and death of hundreds of individuals. One remarkable outcome from these observations is that female resident killer whales typically have their last calf when they are in their late 30s, but may live on for decades after that. So far, the fish-eating killer whales have provided us with the bulk of our knowledge about killer whale life history. But with the incredible long-term dataset collected over four decades we now have a unique opportunity to investigate if the long female post-reproductive period is also present in the mammal-eating Bigg’s killer whales.

From the long-term observations over more than 40 years, we compared the age of last reproduction and length of lifespan between resident and Bigg’s killer whales. We show that the life histories of both the mammal- and fish-eating killer whales are very similar with females stopping reproduction in their late 30s, where they can expect to live more than 20 years as post-reproductive. This gives them a substantial period, where females can focus their time and energy on helping their existing children and grandchildren, instead of continuing reproducing. That both resident and Bigg’s females experience similar life histories suggests that this trait evolved in a common ancestor and that it is robust to substantial changes observed in behaviours and social structure. The key role of resident post-reproductive females on the survival and reproduction of their group may be similar in Bigg’s killer whales. The influence and role of older mothers in the Bigg’s killer whales groups are an interesting avenue of future research to better understand the presence of a long post-reproductive period in this population. The long-term datasets combined with drone recordings gives an incredible opportunity for this with the addition of drone footage providing us with detailed recordings of social interactions and behaviours, allowing us to examine if Bigg’s killer whales take similar important leadership and helping roles as in the related resident killer whales.

Blog written by Mia Lybkær Kronborg Nielsen. Read the full paper here. Photo credits: Center for Whale Research. The featured image shows a family of fish-eating (resident) killer whales travelling along the coast of Washington State, USA. Often the oldest female will be in front taking the lead and guiding the group between hunting grounds.